It was in the summer of 2016 that I had the pleasure of getting to know this instrument.
In order to get the maximum information about the guitar, I then wrote a letter to Friederich in Paris.
Shortly after, he was kind enough to call me to share to the best of his memories and the notes found, including some of the most interesting.
Friederich made 3 trips to Quebec (Canada) during the 60s.
It was also during that period that he met his wife, a Montrealer.
It is very likely that this guitar was part of the 2 guitars he brought during the 1962 trip, and which one being an order.
For this reason, since the label has no date, the time of its manufacture is estimated in 1962, and its start, possibly in 1961.
Of the 3 models that Friederich had at the time, and taking into account some details of the making and his opinion, it is very likely that the guitar is his best model, the – Concert- one available at that time.

For any request, please contact me at the following email address: rene@wilhelmy.ca 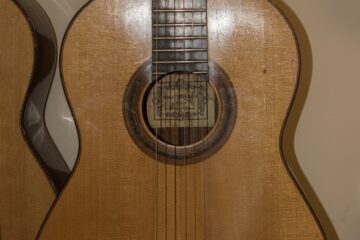 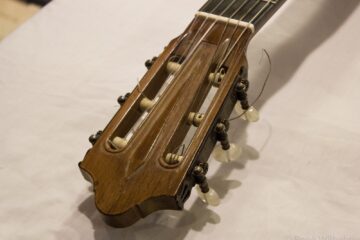 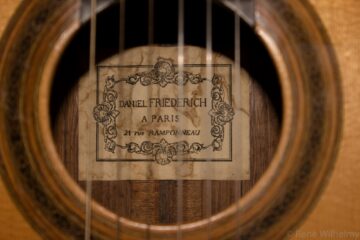 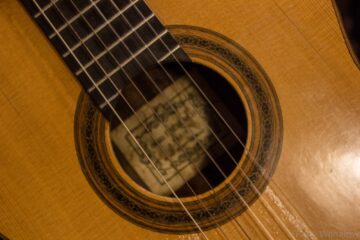 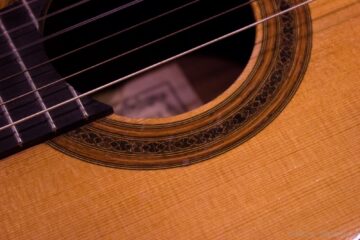 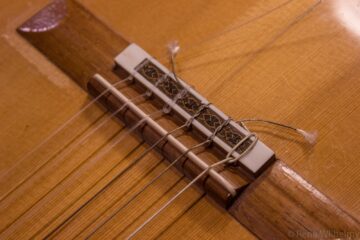 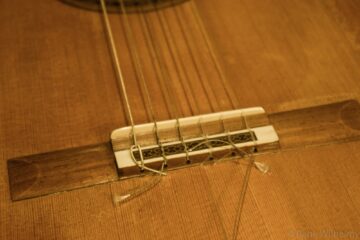 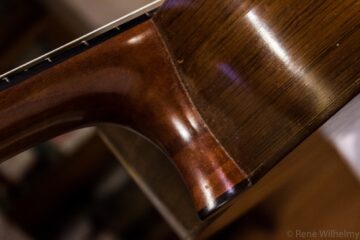 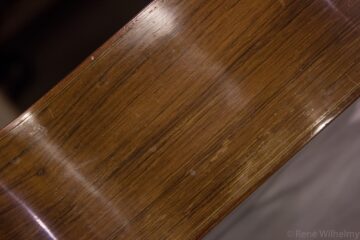 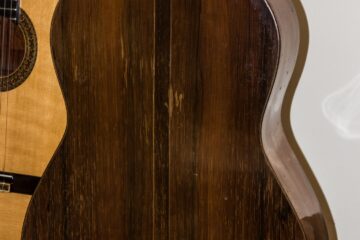