When using a scarf joint, it is important for my to correctly set its positioning according to the overall design of the head. For my Morency model, since I integrate veneers at the back of the head, I want to hide it in the transition between the head and the main part of the neck, having it only visible from the side and running at the right position.
As I appreciate the head having a gentler slope than the traditional method, my joint requires the combination of 2 cuts rather than one.
Another aspect concerns the main veneer for the back of the head, which comes directly from the main piece and which will later be laminated with the same alignment, and which gives to the whole neck the visual unity that I’m looking for while having contrasting decorative under veneers. 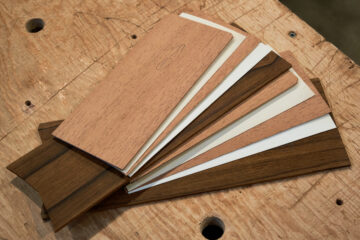 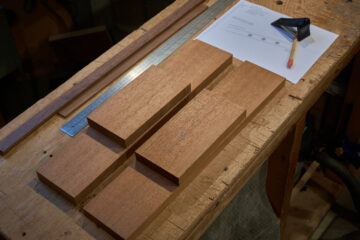 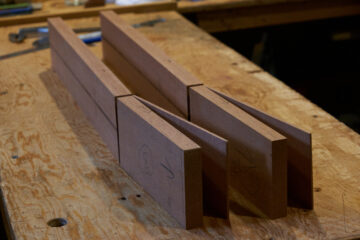 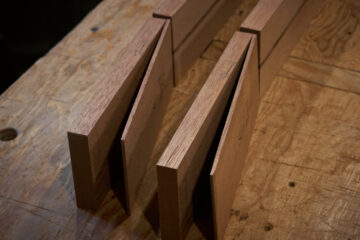 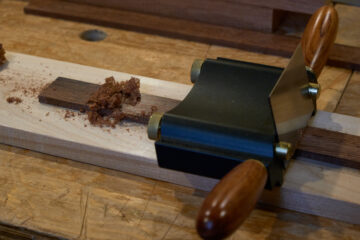 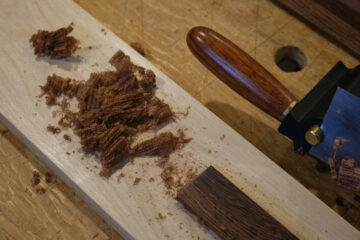 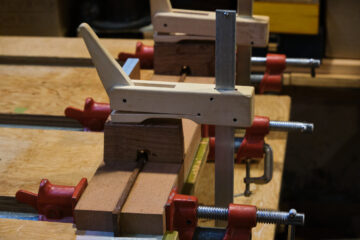 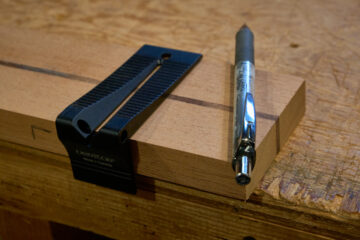 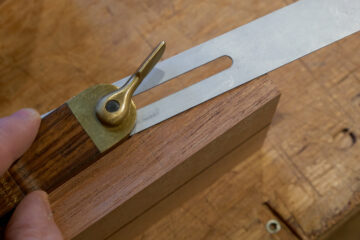 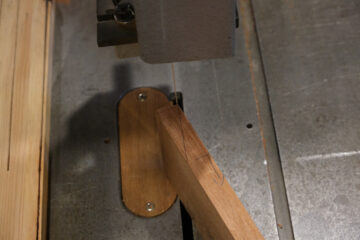 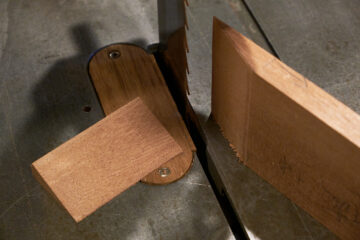 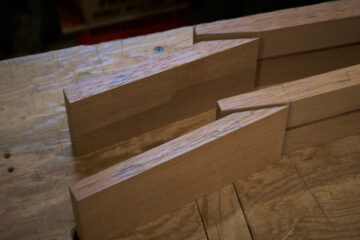 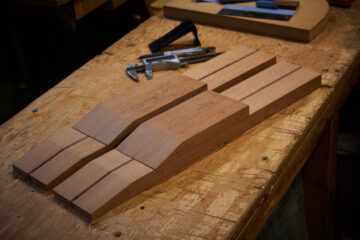 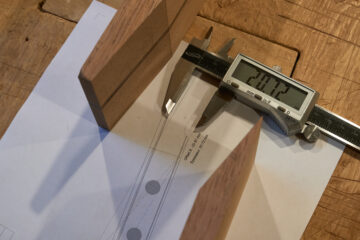 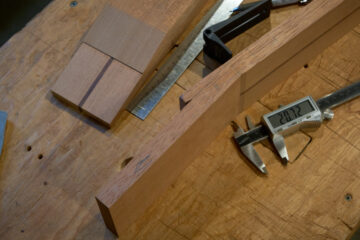 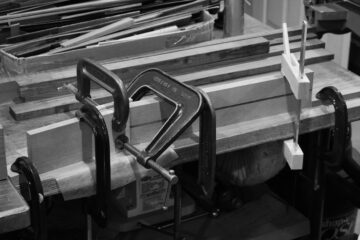 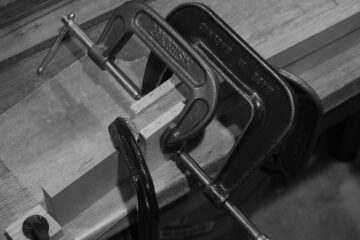 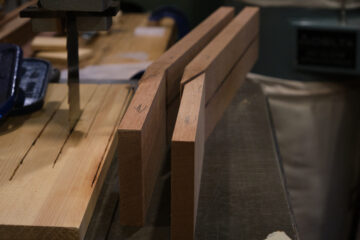 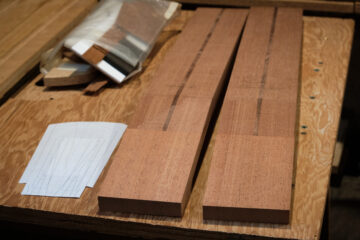 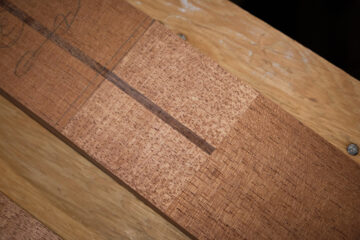 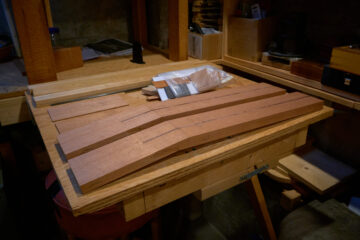 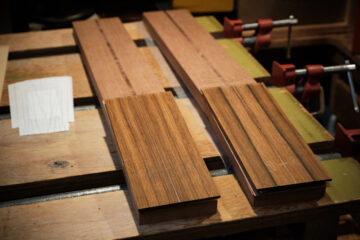